Trending
You are at:Home»About US English 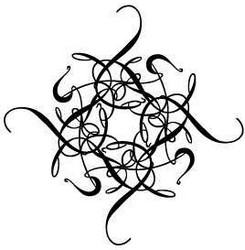 The Maghreb and Orient Courier

The Maghreb and Orient Courier is a monthly publication, accessible online in French, English and Arabic. Its aim is to produce a regular, accurate and critical summary of the current events in the Arab world, including multiple peripheral states.

The monthly nature of the publication guarantees quality of the analyses and also avoids any analysis being carried away by media hypes.

The Editorial Team gathers together sociologists, historians, philologists, political scientists, journalists, academics and intellectuals from more than twenty countries, specialised in political, military, economic, cultural and social current events of northern Africa and the near and middle East.  As the contributors are based locally within the areas covered by the information, it allows them to be independent of deforming prisms and unbiased of inadequate keys of understanding.

On the one hand, the originality of the publication consists in the privileged  approach of the whole of the participants utilising a systematic approach to research. Its independence of press agencies and rejection of their practice of recycling news makes the publication stand out, as well as the rigorous on-site research preceding publication and careful verification of often unpublished and novel news within their context.

On the other hand, the editorial committee does not define any editorial line and rejects all forms of self-censorship. The Maghreb and Orient Courier encourages plurality of proposed analyses, independent of philosophical antagonisms, fractured international geopolitical lines and socio-economic cleavages commonly influencing the mediatic sphere.

The Maghreb and Orient Courier is published under the responsibility of a self-financed editorial association, autonomous of all shareholding, political formation or state institution.

The Maghreb and Orient Courier has the status of nonprofit organisation registered in Belgian law and based in Brussels (Kingdom of Belgium), the enterprise number is 066-58900-53