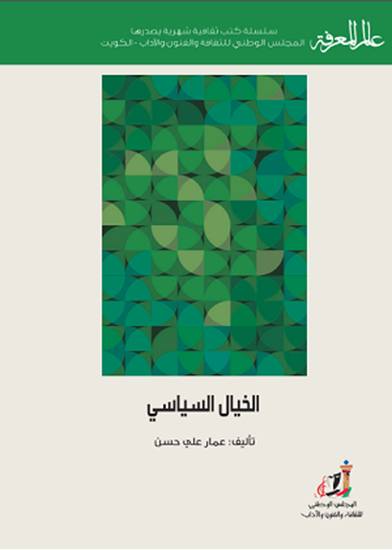 Remarkably, imagination donates among other interpretations the idealistic creative way on how the policy-making in the Arab World should be conducted and executed altogether. He argues that, this mostly relies on complicated political and philosophy accounts, the need for a political imagination is how to be technically empowered by creative thinking. More broadly, he refers to the mechanisms that have been shaping the idea of political imagination as originating and rooted within the context of literature, historiography, and classic political thought throughout political experience development. Having a political imagination however is not a mere; the writer thinks an untested human activity without relevant fields of implementation. That’s to say safely as politics have theory visionary culmination, they’re connected to their realistic underpinning conception by which they are judged and measured.  The book (Political Imagination) just argues as much as scholarly disquisition addresses a debatable issue.

This book is a vast stern extensive research underlying by unyielding academic authentications in compatible to its propositions. Based on Western political classical thought and philosophical inquiry since the era of Reissuance as developed by David Hume, René Girard, Collingwood, etc. Books in politics always cumbersome and laborious reading, but since the author are an acclaimed novelist, sober researcher and political commentator in the region, the political imagination is designed as an interesting literary piece. Supposedly, such research would open a window for rational dialogue in a region ravaged by political upheavals and escalating tensions resulted in gross human tragedies, which would not end in the foreseeable future.

But the activity of imagination is a single human meditation process surrounded by what could scientifically, if not lexicographical define as a combination of psychological and philosophical navigation in the realm of thought layers. All in all, it is an ontological pheromone to be exercised by very human nature and spiritual mythical doubts. In this dissertation, the political imagination specifically defined as its interdisciplinary context includes a range of methodological analytical quest. There’s always sociological intercrossed juxtaposition between human innovation and political activity. The researcher managed to sort out several definitions in relation to the political imagination implications, although there is no a single definitive entry for the term in most international dictionary languages.  Instead, he successfully implemented where the political imagination may properly be applied.

But the political imagination, as the researcher emphatically argued, is not an obscure political utopian inquiry fluctuates between pseudo-ideological fancies and overarching desired goals that have nothing to do with the harshly political reality on the ground. In one word, it is an interactive power in constructing and planning a political future. Indeed, many political and developmental projects in the Arab World haven remained imagined akin to day dream rather than well-planned projects. To this point, the researcher clearly divides between political ambiguity and illusory discourse. A pathological discourse which inflicted Arabs main wishful-thinking interest such as nationalism, unity, modernization and state of law, meanwhile their long term strategic plans at developmental level have miscalculated the existing potentials. That’s why most Arab projects remained imagined due to inertia of political imagination —political imagination doesn’t need a meditation grown out of pure human imagining, it has its materialistic resources whether realized or ignored.

Unlike so many other generalized Arab intellectual writings, the political imagination discourse is employed the epistemological and literary works which influenced the international transformative radical changes occurred in several events on world political history. Namely, culture, literature and public knowledge have vastly empowered and visualized the political imagination especially the tour de force of great novelists like Cervantes, Joseph Conrad, Franz Kafka and others. Here attention should be drawn to the growing gap in the Arabs World between the excluded intellects and their authoritarian rulers.

As political science, to be sure the policy considered to be mostly dominated human organizing system accompanied the human thoughtful development. Such human activity has been a remarkable stage on scientific advancement in terms of knowledge theory, the realization of any inquiry should have tested as long as subject to neutral indication. Surprisingly, human error is a part of human experience and prediction, the researcher reminds us that political imagination however is prone to failure.

Dr. Amar has woven the fabric of the political imagination as a revelation of high technical thinking by theorizing and overrunning the Arabs constant political principles as they unchangeably understood and politically translated through a long periods of time. Historically, Arabic political heritage is saturated by classic political theological accounts (theocratic) telling the story of the ruling class as embodied in sultans, princes and other justified and religiously legitimized rulers.  Recently, several writings have emerged, and inaugurated in a new critical era including a spectrum of intellectual debates attempted to examine critically what came to be known as Arabic Reason by focusing on Arabs inherited history instead of searching for a creative mechanism such as political imagination! The researcher takes these shortcomings into the account by referring the current intellectual crisis to their much deeper socio-politico genesis—logical investigation is always the favor mean in this regard. As an example, the crisis of state in the Arab World the way Arab intellectual elite would polemically presented has shed a light on one of most chronic democratic crisis. The researcher asserted that what has been dysfunctional in state-building and political reformation structure is nothing other than the poverty of political imagination.

Indeed, among other factors, the state crisis and the inactivity status of its organs – the researcher claims- could cause the political imagination when the data and scientific analysis of information remained inaccessible from the decision-makers. From a practical perspective, the political imagination has a role to play as it might be a discursive crucial shift in balancing the social relations structure which in turn creates a scope of policy applicable process. It also raises a question whether the political imagination would positively influence political thinking of Arab politicians? Moreover, how he/she pragmatically manipulates the political imagination resolving-problems to what is thought to be irresolvable?  Although man is not fully prepared against natural disasters, human curiosity never ceased, unconditional predictions is partly uncertain plausibly and the only way to exist to understand what’s going on is the use of imagination. Mindful, the political imagination is not confined to most human promising perspectives, but war as a destructive means or policy by other means in Prussian Clausewitz’s datum. Indeed, war preparations, plans and calculations and strategies are components of political imagination.

Dr. Amar concludes his compelling book with suggestive recommendations to approaching informative data backing by logical intervention to humanize the untested institutions not yet fully tested actively.  The rationale behind these recommendations is an attempt to find out a creative solution via political imagination. Seemingly, the political imagination is not likely to work out in the Arab World where as the author declared suffers acute polarization and political myopia that adversely affect its policies planning and decision-making.

At the end, this seminal work is highly recommended within the framework of socio-political thoughts studies. It is an invitation for interactive debate between Arabs both intellects and rulers altogether.