Trending
You are at:Home»Books»Books – The Idea of Israel – A History of Power and Knowledge by Ilan Pappe
By Thibaut Werpin on June, 2014 Books 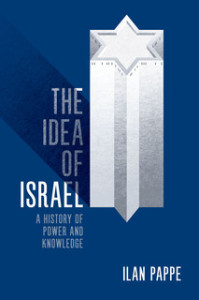 A major new history of Zionism and Israel, by the renowned author of The Ethnic Cleansing of Palestine.

Since its foundation in 1948, Israel has drawn on Zionism, the movement behind its creation, to provide a sense of self and political direction. In this groundbreaking new work, Ilan Pappe looks at the continued role of Zionist ideology.

The Idea of Israel considers the way Zionism operates outside of the government and military in areas such as the country’s education system, media, and cinema, and the uses that are made of the Holocaust in supporting the State’s ideological structure.

In particular, Ilan Pappe examines the way successive generations of historians have framed the 1948 conflict as a liberation campaign, creating a foundation myth that went unquestioned in Israeli society until the 1990s.

Ilan Pappe himself was part of the post-Zionist movement that arose then. He was attacked and received death threats as he exposed the truth about how Palestinians have been treated and the gruesome structure that links the production of knowledge to the exercise of power.

The Idea of Israel is a powerful and urgent intervention in the war of ideas concerning the past, and the future, of the Palestinian–Israeli conflict.