Trending
You are at:Home»Books»Books – Yemen, the Road to Chaos by Ginny HILL
By Lorenzo Lanciers on June, 2016 Books 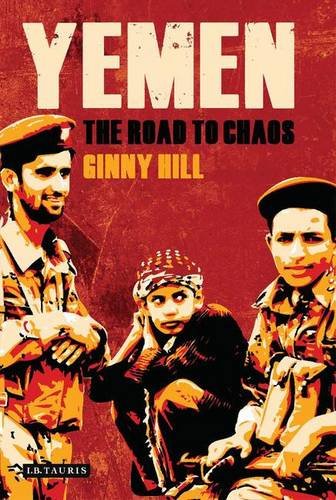 f Africa to Saudi Arabia and the Gulf, Yemen is a strategically vital country on the brink of economic collapse. Its implosion, combined with a growing al-Qaeda presence and resulting US drone strikes, will have consequences for the wider region and beyond.

Ginny Hill takes us inside this fascinating and complex country, introducing us to a range of characters: tribal warlords, qat-chewing tycoons, corrupt politicians, arms dealers and revolutionary youth activists. She shows us the transnational networks of crime, people-smuggling and terrorism that sweep through the country, the legacy of civil war, and how this once most vibrant democracy in the Middle East became mired in corruption and separatist violence.

In 2011, during the so-called Arab Spring, young Yemenis came onto the streets to demand an end to corruption and the downfall of their long-serving president, Ali Abdullah Saleh.

During his three-decade rule, decision-making was highly personalized and chaotic, and Saleh’s political tactics were often so baffling that even ministers and members of parliament didn’t always understand how things got done.

In 2012, after a year of bloodshed and political turmoil, Saleh finally stood aside in a controlled transition of power endorsed by the West and the neighbouring Gulf states, and brokered by the United Nations.

Yet, with Saleh’s departure from power, the chaotic tendencies underlying i politics did not abate.

Established networks of elite power and patronage remained in place, and the same security threats continued to concern both the US and Yemen’s oil-rich neighbour, Saudi Arabia.