The Sultanate of Oman has close ties to the Federal Republic of Germany. An exclusive interview with the German Ambassador Hans-Christian von Reibnitz will provide some insight into the relationship between both countries, as well as a view onto the workings behind the scenes – followed by an interview with Dr. Leon Goldsmith, The Maghreb and Orient Courier’s correspondent in Oman.

The connection to Germany is interesting. Also the Omani ways, which are different to its neighbours in the region. What is it all about in Oman? What makes it a special country? Why is it stable and discrete when all neighbours have been in the negative press?

“To begin with, the structure of society is very different in Oman to what people know in Europe. The term ‘civitas’ as what constitutes a citizen is of an entirely different meaning and the structure is far more traditional. The Sultanate is after all under the rule of Sultan Qaboos – absolutist monarch, though he may be seen as an enlightened ruler. Parliament has a mainly consultative role. Recent regulations provide for further participatory elements in government such as the election of Municipal Councils. The principles of the system could be discerned as cautiously balancing and goal-directed action. This is the first pillar of the Omani society.

The second pillar sits firmly on the underlying tribal culture, which remains an integral part of the Sultanate. The clans are part of a tribe, whose head is a Sheikh. Above the Sheikh are the Sheikh Tamima, who still constitute an advisory council to the Sultan. Essentially this traditional element of the society represents the notion of subsidiarity – tribal matters ought to be put into place by the tribe and not by the central government.

The Sultan was educated in the United Kingdom and benefitted from British support during the coup, back in the 1970s, when he created the country we now know as the Sultanate of Oman. The aim was to centralise the rendering of services and to relieve the tribal culture of most of these duties, so as to efficiently govern a modern state and to allow Oman to become more developed. Throughout this modernisation process, Sultan Qaboos nonetheless managed to retain contentment amongst the tribes, by honouring their role through advisory positions.

The weakness of the system lies in the centrality of one figure – all powers eventually lie with the Sultan. The consequent isolation of power can lead towards state control or could foster a public discourse about the state and the legitimacy of rulership– something to be followed closely in the coming years.

It needs to be mentioned that a majority of Omanis follow Ibadhism, a tolerant teaching of Islam, distinct from Sunnis and Shiites.This as well as a clear state policy against sectarianism and radicalisation, implemented through strict control of religious sermons to make sure that no hate is spread in the mosques, positions the Sultanate somewhere between Saudi-Arabia and Iran, not only geographically. It is a type of isolation, or rather of distancing, which allows the country a take a special position in the region – again modesty and caution combined with goal-directed action. 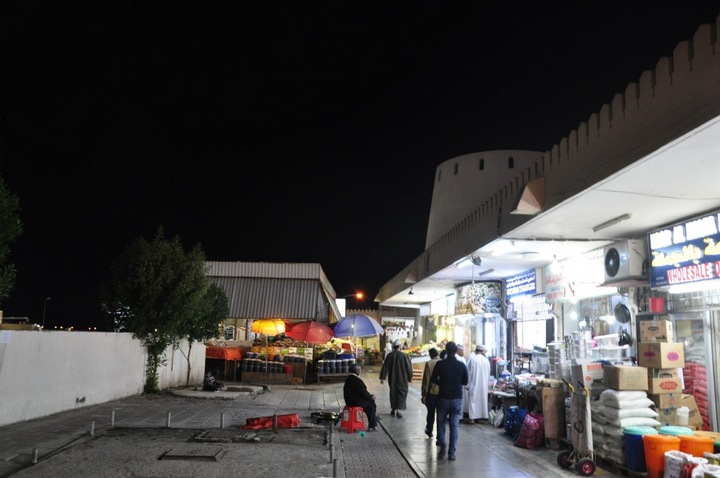 It is also worth mentioning that the notion of the individual to stand in the centre of society attention is not inherent in Oman, where rather the community (or ‘ummah’) is always at the heart of considerationsspecifically the religious community, clearly highlighting the very strong links between religion and the state – hence very different to European secular societies. Current issues, such as the introduction of Islamic banking instruments to the financial sector or the ongoing discussion on banning the import or selling of alcoholic beverages attest to the importance of this link in Omani politics.”

The recent fall of the oil price on international markets has revealed a policy issue of first grade: Energy subsidies. While the price of oil has fallen way below the one, on which the country’s budget is calculated, energy costs for the consumer are highly subsidised, which is the reason for the extremely low fuel prices (60ltrs for 12€ in January 2015). It may be a bargain by the government to guarantee social peace, because increasing the fuel price would carry great consequences with it, reducing the mobility of especially those members of the community prone to discontent. Nonetheless the current development may force the government to gradually raise the prices to make the budget ends meet.

Eventually, stability builds on the political legitimacy of the state. In Germany it is the guaranteed participation of everyone in the political dialogue, every voice is heard and every voice counts. In Oman the legitimacy is based on a traditional hierarchy. The elephant in the room is whether doubts will arise about this system and if they do, what should change and how it should be changed without getting into conflict with religious concepts.

The Sultanate has excellent relations to Germany; the word goes that the Sultan is an admirer of German culture, life and society. In the Royal Opera House Muscat, one of the few operas in the Middle East, one of the world’s best organ builders Klais of Bonn installed a magnificent instrument – made in Germany – and many German ensembles come to play in the institution. 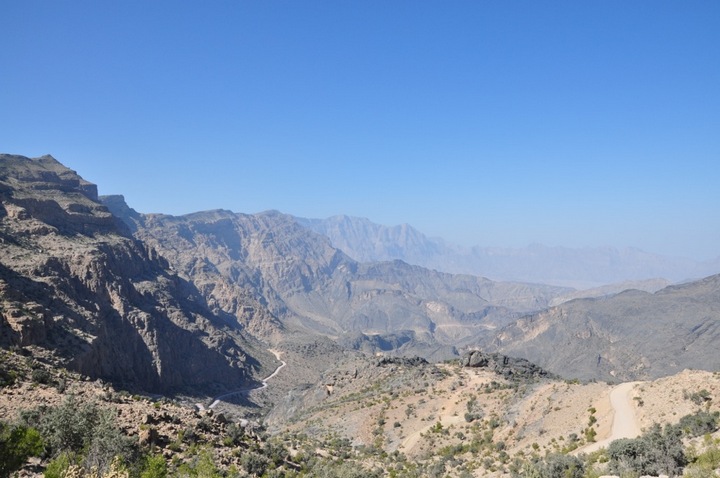 Besides, Germany is bilaterally strongly engaged with the Government of the Sultanate of Oman concerning alternative energies (though they would only become profitable once the oil resources become very scarce), the environment, SMEs and vocational training – all part of becoming a more developed and rounded country. German engineers have contributed to building most of the excellent roads in the country. Another reason for the good bilateral relations is that contemporary Germany prefers soft power to military power in international dealings.”

Concluding, the Sultanate of Oman appears to have inherited its ruler’s European outlook, manners and openness – just in an Arabic setting. Can the model, which inspires itself from democratic countries such as Germany, be successful in more parts of the world? Could this model of tolerance combined with hierarchy and tradition be exported for instance to Africa? There is much concurrence amongst models and as soon as something goes wrong, a model is ‘doomed by God’ – so perhaps the Sultan’s caution is a wise strategy. The Omani model is very slow, but nonetheless quite successful. But according to the Ambassador it faces many challenges and some tough choices will have to be made to become truly competitive. Perhaps other countries are simply not as receptive to it as Oman has proven to be.

Dr. Leon Goldsmith is Assistant Professor of Political Sciences at the Sultan Qaboos University. Since roughly one year he lives in Oman with his family – having settled over from New Zealand. His research interest lies in the area of identity, specialised on Syria, but nonetheless well informed (first-hand) on Oman. Dr. Goldsmith is the correspondent of The Maghreb and Orient Courier for Oman.

Some points about Oman: identity, diplomacy and Omanisation.

The Maghreb and Orient Courier – First of all, is there something like an Omani identity?

Dr. Leon GOLDSMITH – The Omani identity per se is very much founded on the national image – symbols such as the flag, the hymn and the head of state are essential to the state’s existence. The cultural identity within Oman is characterised by the Ibadism – which makes the society tolerant and relatively open, compared to neighbouring states.

MOC – Does the West, for instance the EU, have an impact on Oman?

Dr. Leon GOLDSMITH – The influence of outside voices in general is limited in the Sultanate, given its diplomatic modesty. But the policy of the Sultan and the way the population thinks is certainly influenced by the actions of foreign nations. For instance the way the EU acted (or not) during the ‘Arab spring’ phenomenon had an effect on how people see the EU – similarly the weakness of the EU towards Russia. Also the support of Tunisian progress in recent times has sent a signal, which is understood by the Omani population as superficial diplomacy and harming in the way that it is tainted by colonial thinking or simply provides little to look up to.

MOC – Is ‘Omanisation’ a response?

Dr. Leon GOLDSMITH – The ‘policy’ of Omanisation is aimed at making Oman more dependent on the population – perhaps in a mind-set of giving responsibilities to people, in a democratic sense. But it is also aimed at the causes of the large immigrant population of Oman, after all more than 30% is non-Arab, so for instance employing more Omanis in regular positions and businesses is a way to keep the country ‘in the hands of the locals’. So to a certain the impact the EU has on its neighbourhood may indeed encourage Omanisation, again, to hand over more responsibilities to the people.