Trending
You are at:Home»Headline»SYRIA – The long journey of a Syrian refugee (part 1/4): on the “Road of Death”, from Homs to Antakya*
By Amhed Sayed on September, 2015 Headline, Syria

The Redaction of The Maghreb and Orient Courier publishes the story of Nori, a 21-years-old Syrian refugee, in four parts (in its issues of September, October, November and December)*. Nori told our correspondent the story of a journey towards life. He was a citizen of Homs and after his family had fled the war and his brother had died, nothing kept him in his city. He decided to leave his city behind, and the violence, war and misery that went with it. Here is his story, how he fled the regime and arrived in Turkey, just to find himself in a similar uncertainty about his future as back home – although less lethal.

* ALL DONATIONS TO THE MAGHREB AND ORIENT COURIER WITH THE MENTION “SYRIAN REFUGEE” WILL ENTIRELY BE TRANSFERED TO NORI, THIS STORY’S PROTAGONIST – THANKS A LOT TO OUR READERS FOR SUPPORTING HIM. 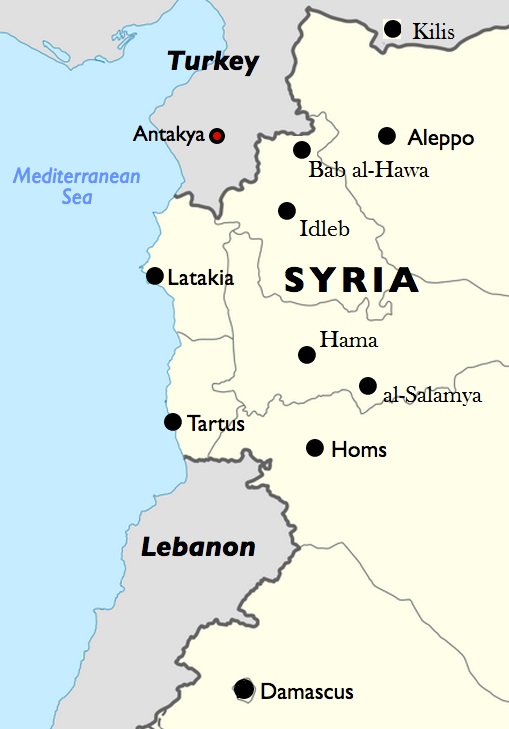 “On the 16th of January 2014, my brother died and left me to live alone after my family had already fled to Jordan. Life became very hard for me in Homs. The position in the city became increasingly harder to maintain…

The bombardments increased after the leader of the biggest brigade of the Free Syrian Army (FSA) fighting in Homs received new weapons… The regime provoked the city in order to deplete the rebels’ weapons and to get a better morale amongst the troops so as to recruit further soldiers. Many massacres happened until an air strike killed the main leader of the FSA.

At that time, I decided to fill my loneliness by teaching in the poor schools, but the following massacres and murders caused by the rockets and the air strikes of the regime further demoralised me because I could not do anything to protect the children and even to save my life. The bombardments continued to destroy houses; the schools which I was teaching in and my house were destroyed… Six children died together… They were my students…

By the way, we were receiving a little bit of money from the regime to teach in schools… That meant for the regime that they still controlled the city; but later, the regime wanted all the teachers to come to its position and receive their money by themselves… Every teacher could be arrested and forced to join the military service, so most of the young male teachers were obliged to leave schools. Me too.

Sometimes we taught and received some money to survive, from organizations, such as UNCIF. But nonetheless I was always thinking about leaving until, one day, the chance came… I decided to leave Homs to the North, to Turkey… Through the so-called “Road of Death”.

It obtained the name due to the siege of the city: about 400 people died when they passed through this road. No cars could cross… All those wanting to get through must walk. I can not tell you how many of the wounded managed to flee, but probably half of them died or were caught by the regime.

On the 17th of October 2014, I prepared for this hazardous trip. We were about 40 men at the guide’s house. I saw expressions of embarrassment on their faces… We paid the money – about 500$ for each person… And we left.

The guide drove us with a car, bringing us to an area next to a big hill, with al-Assad’s army positions.

The car took a wrong way and it stopped. All hearts stopped beating! But at last, the car managed to get onto the right way and we found the main road, that connected Hama and Salamya.

We waited for the sign from another guide to move on… There were two check-points of the regime; we noticed cars on the main road… We had never seen a main road with cars for about 3 or 4 years!

We managed to get there and entered a village full of officials working for the regime, counting people moving through.

The car moved at a normal speed… The three weapons we had were ready to shoot when need… All of us were sitting, and after about 3 or 4 kilometres we arrived at the beginning of the long walk… We had to walk with as little sound as possible and without lighting a cigarette during the night for about 85 kilometres. We only had three Kalashnikovs with us…

People started to get rid of the things they brought with them after 10 kilometres. They even started to take off their clothes, then hid them… Even the rubbish was hidden! We were communicating by signs and the guide was leading us with the light of the moon.

When we started the journey, the guide told us that if anyone could not walk all night long, he should stay back and continue the following day. But the risk of being caught by the regime-friendly villages would be high… At about 1am, there was a young man who could not walk one step further and he said: “Even if Bashar came here, I will not walk any further, I will die because of walking…” Before he began groaning in pain.

His brother stayed back with him and the guide told them that he would send his friend to help them. “Remember: don’t move, don’t make fire or light, just remember the password.”

The rest of us moved on.

We kept on marching and marching, staring right, left and forward… Suddenly there was a problem between two men because one of them had thrown rubbish on the road after eating something… They had been too loud, but the guide came and he threatened them to shoot in the air…

Then, they were silent again, all eyes on them.

We walked very close to the military positions of the army and in between Alawi and Shabiha [pro-Assad groups] villages… But we were not discovered.

At last all of us arrived at a deserted village; to take some rest and to smoke a lot! We could move through the areas of the opposition without any problems…

At a friend’s house in al-Heymania near to the well known Palace of Ibn Wardan (between the cities of ar-Raqqa and Hama), I was hosted for three days and they refused to let me go before the three days were over (it is a habit, there… and if any family receives a guest and lets him go before three days, the others in the village will speak badly about this family… and it would be a shame for them). There, they gave me long clothes (a jallabia) to wear instead of a shirt and trousers… I took some photos with the family among the village… The small village is deserted from the Free Syrian Army; and some of Daesh [Islamic State] because it has only a small population and about twenty young men, who work in agriculture and raise sheep… There was a deserted mosque… Not because of bombardment, but due to the lack of electricity.

After these days of peace and rest, they took me by car to the city of Idleb.

I called a friend of mine in Idleb, who lives in Sarmada, near the border. And he insisted on hosting me at his home for the night… We had dinner and played the old piano… He is a pianist and he has a good voice… I dare say, we had a pleasant evening, again after a long time.

In the morning of the next day, he helped me to try to get into Turkey, by the famous border crossing of Bab al-Hawa. It is under control of the FSA…

But I could not manage to enter the country. Turkish police refused to let me enter… Because, as the majority of Syrian refugees, I did not have passport… And the illegal path was closed by Turkish soldiers… So I had to turn to the East, coming across many formations and the Kurds.

I managed to get to Bab al-Salama, to the North-West of Aleppo, despite some intense searches conducted by the Kurds (YPG), controlling about 150-200 cars under pouring rain.

Once I was there, in Tal-Rafat, I met a very close friend… Who has an ambulance. I stayed one night at his house. We talked a lot about the revolution and the situation in Tal-Rafat… They have a lot of troubles with Daesh. Daesh was angry with the leaders of the city; they tried very hard to control the city, but invain. Even using mortar bombs on the houses of the city without any care for the civilians, did not make the city fall.

He bought heavy clothes for me, because Turkey is a cold country… My friend told me to enter Turkey by using his ambulance and he helped me to organise this…

This Friday morning… I will never forget it… I got into the ambulance to find an old sick man and a Turkish nurse around the border… I managed to pass into Turkey at the Kilis border crossing.

When I arrived at the hospital of Kilis, I asked for a taxi. I met a Syrian taxi driver from Aleppo. Then we moved to Antakya where I knew some relatives living there…

The driver took 100$. Almost all the money remaining, and my strenuous trip was only beginning.