Trending
You are at:Home»Iran»IRAN – You (Iran) don’t have “prisoners of conscience”?
By Majid Mazloum Bilandi on June, 2015 Iran, Opinion Column

On the 29th of April, Javad Zarif, the Iranian Minister of Foreign Affairs, claimed in an interview with international media: “We (the government of Iran) do not jail people for (voicing) their opinions, and those who are already in jails have defiantly broken law”. 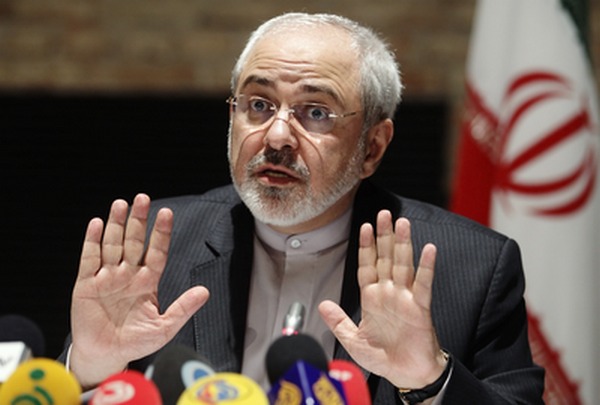 You (Iran) don’t have “prisoners of conscience”? Are you insane!? It is proof of hubris to calmly make such a claim while the Press Freedom Index (PPI) has continuously labeled your country as “the prison of reporters” in the Middle East. The PPI has continuously included Iran among the first five countries in the world that relentlessly violate the freedom of speech.

Javad Zarif was not as smart as his colleagues when talking about the independence of Iran’s judiciary. Instead, he again regurgitated the flimsy lies spoken by former president Mahmoud Ahmadinejad, and the secretary of Iran’s human rights council, Mohammad-Javad Larijani, in their interviews with international media.

There are political prisoners in Iran – many of them. Mir Hossein Mousavi, Zahra Rahnavard and Mahdi Karoubi are just three of them: politicians, journalists and citizens – the three of them are under house arrest, among hundreds of others, incarcerated in their own homes. No sir, he has not broken any law, quite on the contrary: laws have been broken against them – every law of reason, sanity and justice, including the laws stipulated in the very constitution of the Islamic Republic that allows for peaceful assembly, have been broken against them –they are not regime changers, they are not agents of Zionism, they are decent and principled persons who in fact believe in the Islamic Republic and spent a lifetime defending it, sometimes at the heavy cost of contradicting themselves, but they are not agents of foreign powers, counterrevolutionaries or breakers of any national, international law or any law of decency.

Denying such facts weakens the Iranian delicate negotiating position in the nuclear deal. The weakest front of Iran in these historic moments is its domestic front, the official suppression of people’s civil liberties, of the freedom of the press, of the most basic human, minority ethnic, women, and civil rights, of arbitrary arrests and incarceration of journalists, labor activists, women’s rights activists, student activists, of systematic abrogation of women’s rights, of the constitutional right to peaceful assembly.

The Iranian state and specifically at the current time Rouhani’s administration will always negotiate from a position of weakness if these facts are denied, sought cleverly to be circumvented, or sidestepped.

Regardless of these facts, the vast majority of the Iranian people are united in their explicit demand to remove the unfair and crippling economic sanctions that have exposed their very livelihood and even more persistently oppose a trajectory of war and fruitless confrontation against the United States or any other country.

In the interview, Zarif consciously and knowingly lied. He has provoked a wave of dissatisfaction and criticism. Results of an online-survey revealed that 82 percent of voters were against his point of view.

There are dozens of others. If the government of Iran does not keep any prisoners of conscience or political prisoners, why did Rouhani promise to set them free when he was seeking power?

But under no condition should Rouhani’s administration or the ruling state at large assume that their support of the current diplomatic course of delicate political negotiation and categorical denouncement of vicious warmongers means that they have forgotten or abandoned or compromised their legitimate and irrevocable demands for their civil liberties, which in one way or another they will one day exact! Governments must be well aware that an increase in social stress could translate into social unrest, and there have been plenty of episodes, historical (the Iran 1979 revolution) and current (the Arab spring), to remind governments of the short distance between social stress and social protest.

Assistant Prof. of Economy at the University of Warsaw (Poland)