Trending
You are at:Home»Israel»ISRAEL – How was the Jewish State Branded and Marketed?
By Ilan Pappe on June, 2014 Israel 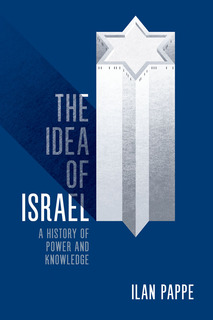 I was bothered for a very long time by one paradox. How can a state that is regarded by a growing number of people in the world as oppressive, colonialist, in the eyes of some even as an Apartheid state, enjoy such a wide support by its own Jewish citizens as a moral and democratic state?  This led me to wonder about another paradox. Why do the western political and cultural elites still provide immunity to Israeli policies towards the Palestinians that are regarded by most decent people in the world as criminal and un-acceptable to the point that they support the idea of turning Israel into a pariah state as long as it continues its oppressive policies against the Palestinians?

The answers given in the past to this gap between Israel’s external and internal images and the immunity the international system provides it with were not sufficient in my eyes. Although they were good as partial explanations: the impact of the Holocaust on Europe, the Israeli and Christian Zionist lobbies in the USA and the military industry support in South-East Asia.

I believed there was something more profound in the way first the Zionist Movement and later the state of Israel marketed itself to the West as a project that had to be protected by all means, regardless of the price the local Palestinians would be paying for this immunity.

My last book, The Idea of Israel, is about this marketing of a historical fabrication as a scientific truth and branding of immoral behaviour as self-defence.  There were two methods to sell the story that claimed that Palestine was an empty land and that the Jews who left it 2000 years ago were the same Jews who colonised it in the late 19th century. These same methods were used to depict the anti-colonialist struggle of the Palestinians as an anti-Semitic, and later on Islamist, terrorism.

The first method is recruiting your academia to provide the “scientific truth” to your ideological claims. From the very beginning historians, sociologists, political scientists and others claimed that the major claims of Zionism were objectively true and valid. The Western academia for cynical political consideration gave its blessing to this propaganda with footnotes.

The second method, is recruiting the film industry in Israel and in particular in Hollywood to sell the Zionist story, and demonise the Palestinians, so that not only the minds, but also the hearts, of the people in the West would be won. A prime example for this was the American film, Exodus, based on Leon Uris’ novel of the same name and which was screened in 1960. The timing of this film was important. Wide sections in the American political and cultural elites, contrary to popular recollections were quite hostile to Israel and identified with the Palestinian sufferings.  One of the ways Israel thought to combat this tendency was to create the pro-Israeli lobby, AIPAC. The other was to ask Hollywood for help.

Exodus told the 1948 events from a Zionist perspective. Hollywood’s leading stars were casted in the film and Paul Newman played the main hero. His very Aryan physique was exactly what the Israeli propaganda wanted to convey – we are part of the white nation.  The Palestinians and the Arabs in this film are hardly visible. They are many it is clear, they are vaguely seen, and when they are seen they appear like monsters and inhuman. Other pro-Israeli films and Israeli films conveyed this message inside and outside of Israel.

What the academia and the films conveyed was that Israel was the most successful project of modernization in the twentieth century. While modernization disappointed due to catastrophes such as the Holocaust, the creation of a Jewish state was a pure moment of enlightenment and progress.  If this was Zionism and this was the state of Israel, one can imagine how the Palestinians were projected in this narrative.

This was accompanied by manipulation of the Holocaust memory. The main theme was the Nazification of the Palestinians. What was done to the Palestinians – the ethnic cleansing of 1948 and the occupation – were justified means not only of self-defence but also punishment for what was done to the Jews in Europe. This was of course a totally illogical claim, but it worked for a long while as a reasonable argument.

But the logic and argumentation of this kind cannot hold forever. Even in Israel itself, academics like myself, and film makers, playwrights, artists, journalist and others began to doubt the validity of this claim. These challengers became acquainted with the Palestinian narrative and saw academically or otherwise that this was the valid story. Zionism appeared in their works as colonialism and the 1948 war of independence, so sacred in the eyes of Israeli Jews, was seen for what it was: an ethnic cleansing operation. Although other issues that were narrated through the eyes of the Zionist ideology began to be questioned: the arrival of the Jews from North Africa and other Arab countries was revealed to be less an act of voluntary immigration but far more a manipulated transfer of people. The project of de-Arabizing those Arab Jews was also now exposed in full. Mizrahi scholars and artists reunited with their roots and culture and attempted to think of Israel as part of the Middle East and not Europe.

All these challenges appeared in the 1990s; especially after the 1993 Oslo accord. I call these challenges in the book, post-Zionism. But most of them disappeared in 2000, after the second Intifada. The critical voices were silenced or moved, as I did, to exile.  The academic and cultural challenge moved abroad. In its stead, in Israel, a new and harsh version of Zionism took over – in politics and in culture. I call this new wave, neo-Zionism. It wanted to Judaise the whole of Palestine, and complete the ethnic cleansing of 1948 and in the same time redefine Israel in more harsh religious terms as a Jewish state.  On the ground this meant more brutal policies towards the Palestinians as we saw in 2009, and racist legislation against the Palestinians in Israel.

So now Israel is exposed as an apartheid and settler colonialist state. Its Jews enjoy a democracy of the kind enjoyed by the Whites in Apartheid South Africa, but whoever is not a Jew, the Palestinians in particular, now half of the population between the river Jordan and the Mediterranean, are under great danger of been oppressed, colonised and ethnically cleansed.

Now that the narrative has been exposed a lie and validity of the Palestinian claims proved, will the world continue to provide immunity to policies that in the long run would not only harm Palestinians but also the Jews who live in a land which could be one democratic state, if Zionism is rejected as the ideological regime in this land which is holy to all three monotheistic religions in the world?