Trending
You are at:Home»Focus»LEBANON – Terrorist attack in Beirut: “Lebanon is a supermarket”
By Natacha Moukannas on November, 2015 Focus, Lebanon

Against the background of the recent attacks in Lebanon, our Correspondent in Beirut conducted an interview (on 16 November 2015) with Dr. Kasem Ezz el-Dine, Sociologist and Political Research Analyst closely related to the Hezbollah Command in Lebanon. The interview focused on the situation of Hezbollah in the wake of the terrorist attack that took place in South Beirut on 12 November 2015 and for which ISIS claimed responsibility. Dr. Ezz el-Dine underlined two key arguments. First, Hezbollah is waging an “open war” against ISIS in Syria: the Party is not willing to cease the fighting until ISIS is wiped out. Second, the twin explosions in South Beirut, which caused the death of 43 civilians, represented an opportunity for Al-Baghdadi to restore ISIS’self-confidence in the light of its losses in Syria. 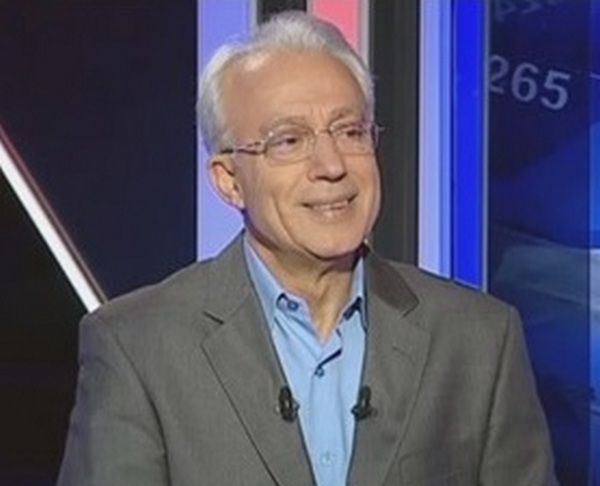 Dr. Ezz el-Dine said that any “alteration in the geopolitical situation of Syria is a war against Hezbollah and an attempt to change the geopolitical balance of power in the region,especiallysince Hezbollah is at war with Washington and Israel.” Reading between the lines, this statement implies a confirmation in the sense that if the Syrian regime collapses, this might endanger Hezbollah on several levels: First, Syria is a transit country for Hezbollah ammunition. Second, the Syrian government holds extremely confidential information related to Hezbollah operations in Lebanon – information that probably would be disclosed to the West in the event of the Regime’s collapse. Hence, Hezbollah’s destiny appears as closely linked to the survival of Assad.

On the status of Hezbollah as an independent militia, he commented that “the Party was not created out of vacuum, and his ideology stems from the Lebanese 8th of March Coalition in its understanding of the state”. He also added a historical background by explaining that Hezbollah came out of the 1958 resistance against US sponsored Baghdad’s Pact and the subsequent collapse of the colonial structure. He insisted on the fact that after World War II, Lebanon was an integral part of the regional balance, especially following the territorial divisions inflicted on the Arab world.

The Baghdad Pact was an organization for promoting shared political, military and economic goals founded in 1955 by Turkey, Iraq, Great Britain, Pakistan and Iran. Similar to the North Atlantic Treaty Organization and the Southeast Asia Treaty Organization, the main purpose of the Baghdad Pact was to prevent communist incursions. It was renamed the Central Treaty Organization (CENTO), in 1959 after Iraq pulled out of the Pact. The Pact’s purpose was the “maintenance of peace and security in the Middle East region” (Preamble) and called on member-states to “cooperate for their security and defense” (Article 1) and to “refrain from any interference what so ever in each other’s internal affairs” (Article 3).

Dr. Ezz el-Dine pointed out that “Lebanon is a supermarket”. The term “supermarket” might have several interpretations but according to Hezbollah opponents, it would be that given the fact that Hezbollah is an independent militia, and constitutes a state within a state, it is undermining the basic definition of a sovereign state, which the Lebanese Constitution called for in its preamble. Hence, Lebanon is a “supermarket” may be explained by the fact that the Lebanese citizens are not united by a feeling of nationalism and each is affiliated to a political group that in turn is linked to foreign powers.

On the reverberations of the terrorist attack on Hezbollah’s role in the Lebanese state structure, Dr. Ezz el-Dine indicated that this is an “open war” against ISIS, which now has hit Europe with its terror (referring to the terrorist attacks in Paris that followed the attack on Beirut). Concerning the way Hezbollah is operating in the fight against ISIS in Syria: a “preemptive strategy”. On that, Dr. Ezz el-Dine stated: “Hezbollah went to ISIS’ nest in Syria to prevent any attack on Lebanon and they will fight until the end.”

On the other hand, looking into the scenario of Hezbollah involvement in Syria, these statements may be questioned according to Hezbollah opponents. In fact, when the Syrian Crisis started in 2011, and even before ISIS took hold of Syria, Hezbollah stated that some of their affiliates are in Syria to protect the Shiite villages where Lebanese people reside. Their next step was to declare that the Party sent its fighters to protect the Shiite sanctuaries. It is to be noted that the regions where Hezbollah was fighting in Syria were not under ISIS control, Hezbollah never faced ISIS but its fight was always against the moderate opposition in Syria and the al-Nosra Front. As for its alleged fight against ISIS on the Lebanese borders (more precisely in Qalamoun located on the Syrian-Lebanese borders), a year ago, Hezbollah was mainly targeting al-Nosra, even though ISIS was also present. Interestingly enough, ISIS at that time was targeting al-Nosra and the Syrian Free Army as well, through a form of ambush and by blocking their supply routes.

It was not until recently when Russia attacked ISIS in Syria that Hezbollah joined forces, given that both Russia and Hezbollah support the Syrian Regime. Hence, Hezbollah found itself facing ISIS in Aleppo. As a consequence, the Party was attacked for the first time by ISIS in Beirut because it was noticed that all the previous attacks on Lebanese territory were perpetrated by the al-Nosra Front and/or the Abdallah Azzam terrorist organization.

On the type of the terrorist attack: is it a message or a process?

Dr. Ezzel-Dine denied any form of message and asserted thatit was a way for Al-Baghdadi to restore ISIS’ self-confidence in the light of their losses in Syria. He added that the attack on Paris was “not for vindictive reasons” and aimed at “recruiting followers” from the West.

Hence, he seems to confirm what many opponents of Hezbollah would say, that ISIS wants to take its revenge from Hezbollah and its recent fight waged against ISIS in North Syria. It may well be that, if Hezbollah was not present in Syria, Lebanon might not be a priority target for ISIS, which could have been taken care of if the Lebanese government’s legitimate forces took over the Lebanese-Syrian border instead of keeping the borders open.

On the assumption that Hezbollah is struggling with internal divisions, he replied that divisions only happen when the Party has other solutions, in other words a better substitute to the current status quo, and in the absence of such solutions there is no possibility for internal defection.

The final question relates to the potential collapse of the Syrian Regime and its repercussion on the party. “There is no Syrian regime anymore, and Syria is not a state, the whole region changed, Iraq was invaded by the US in 2003 under the banner of democratization and it will never regain its statehood […] and Hezbollah is an imminent and the most effectiveactor to rebuild Lebanon and the region”, he said. Furthermore, he added that the crisis has extended to embrace the whole region. So Hezbollah aims at unifying the region through an agreement that creates an alliance among all the Arab countries.

Dr. Ezz el-Dine mentioned three countries (Syria, Iraq and Lebanon); it would be interesting to look at those countries in more detail. First, concerning Iraq, it is well-known that it is considered now an unofficial federation: the Kurdish region in the North and the Shiite region in the South.

However, the problem remains in the Central-West of Iraq, where the majority of the population is Sunni; a marginalized community which is being persecuted by the Iraqi central government. This provided ISIS with a fertile ground to build upon. Indeed, if the Sunni community had obtained its own region, similar to its counter parts in the North and the South, this would have created a stabilized Iraqi statewhere its constituencies (the Sunni, the Shiite and the Kurds) would have been on equal footing. At the same time,it should be noted that, during the time of Al-Qaeda’s stronghold on Iraq, the only constituency that was able to topple the terrorist organization was the moderate Sunni under the “Sahwa” militia (the Awakening Party) backed up by the US army. The same could be applied nowadays to ISIS. Yet, for this to happen, the Sunni should be treated on equal basis with the Arab Shiite and the Kurds. Until this happens, ISIS will still find a solid ground for its mission in Iraq.

Second, regarding Syria, if any political process will take place that allows a free democratic election, the new Syrian State would mirror the sectarian divisions in the country with approximatively 18 million Sunni, 1.5 million Christians, and 2.5 million Alawi (approximate figures). If this is to happen, then only after ISIS’ defeat. What applies to Iraq with regard to empowering the Sunni Community in order to fight ISIS, the same should be replicated in Syria. In other words, the moderate Sunni in Syria are the ones able to topple ISIS with the help of the US air forces.

However, when a new state should be formed in Syria, regardless of who will be in power, and even if the new government goes along with Hezbollah’s plan, it would perhaps, even probably, not be a ‘friendly’ state where Hezbollah might not have the same support and privileges which it currently possesses under the Assad regime. In the long run, this might negatively affect Hezbollah’s existence and survival as an armed militia because the military backup routes through Syria will be blocked (95 % of its military supplies come via Syria). In addition to the fact that under Resolution 1701, Lebanon’s maritime routes cannot be used by the Party; hence, whatever military supplies it has in Lebanon will become, in military terms, a “one time shot gun.”

Third, when it comes to Lebanon, the goals of Hezbollah in Lebanon are clear as pronounced in a speech given by Hezbollah leader, Hassan Nasrallah in the year 1982, where he openly declared the project and goals of the Party with regard to Lebanon and the region: “After toppling the state of colonization, the only project we believe in and matches our ideology is the project of an Islamic State ruled by Islam where Lebanon would constitute a part of the greater Islamic Republic ruled by al-Imam Khomeini.” Many other speeches for other Hezbollah members that followed the year 1982, confirmed this project. Moreover, and for further reference, the reader can refer to the book written by Hezbollah deputy leader, Sheikh Naim Qassem, in 2006, entitled Hezbollah: The Story from Within, which confirms the above.

All in all, observer shave doubts about whether a party like Hezbollah is really the most effective actor and able to rebuild and unify the region under the banner of Islam, while in Lebanon, where its roots are located, it has no widely unified acceptance of its military presence, nor is it being considered as a legitimate militia by all religious communities. Not to forget the fact that its enemies are nested everywhere in the region starting from Lebanon, to Syria, to Iraq and crossing all the way to Bahrain, to the Gulf countries and to Yemen.