Trending
You are at:Home»Books»BOOKS – The Iranian Revolution: The Islamic Revolution That Reshaped the Middle East by Charles RIVERS (Editors)
By Noel Daniel Vig on March, 2018 Books, Uncategorized 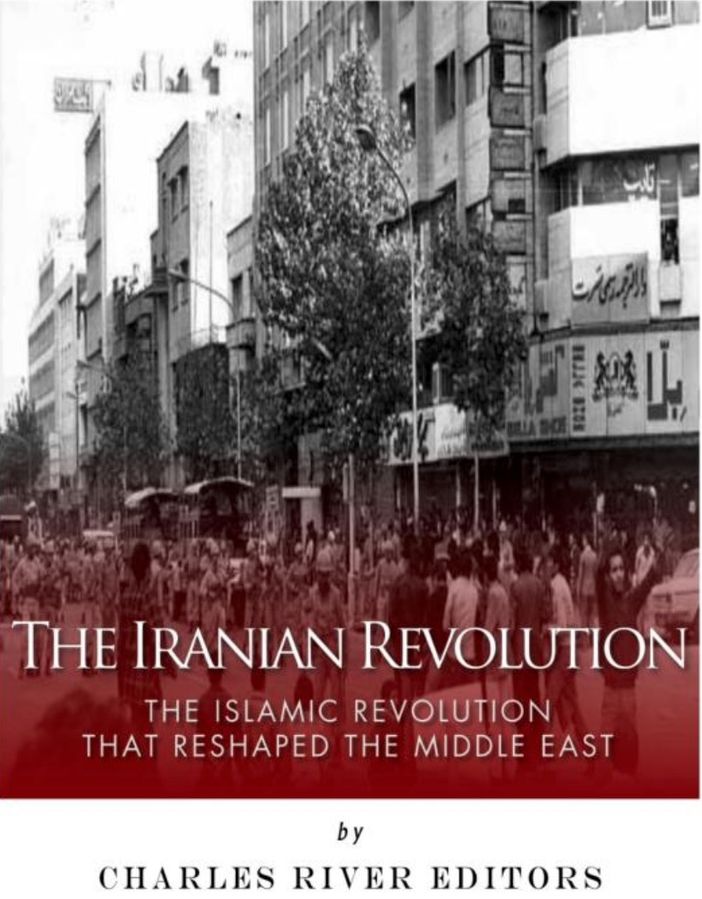 The Iranian Revolution of 1979 has been described as an epochal event, called the peak of 20th century Islamic revivalism and revitalization, and analyzed as the one key incident that continues to impact politics across Iran, the Middle East, and the even the world as a whole.

As a phenomenon that led to the creation of the first modern Islamic Republic in the world, the revolution marked the victory of Islam over secular politics, and Iran quickly became the aspiring model for Islamic fundamentalists and revivalists across the globe, regardless of nationality, culture, or religious sect. When Ayatollah Khomeini was declared ruler in December 1979 and the judicial system originally modeled on that of the West was swiftly replaced by one purely based on Islamic law, much of the world was in shock that such a religiously driven revolution could succeed so quickly, especially when it had such sweeping consequences beyond the realm of religion.

Revolutions are nothing new, but most revolutions, especially those in the West, have tended to remain secular. Even when religious ideology and themes were present, as in the English Civil War of the 1640s, these were not dominant driving forces behind the revolution, nor were they a significant factor in its immediate results. Even outside the West, this has mostly proven to be true; the nationalist revolution and war for independence in Turkey, led by Mustafa Kemal Ataturk, was a battle for separation of church and state that called for democratic principles of equality, and the result was the formation of a modern and secular Turkey.

However, the revolution that swept across Iran proved to be starkly different from past revolutions of the world. Its most influential leaders came from the orthodox clergy, and its most pronounced important goals were the ouster of the monarch, who was deemed anti-Islam and blasphemous, and the complete return of Iranian government and society to fundamental Islamic principles. As one of the leading scholars on Iran, Nikki R. Keddie, wrote, this revolution was “aberrant,” refusing to fit into the theoretical and academic ideas of what modern revolutions should be like. Yet, there is no doubt that the Iranian Revolution ultimately led to a complete overhaul and restructuring of the age-old political, economic, social, religious, and ideological orders in Iran. Former Iranian Finance Minister Jahangir Amuzegar put it aptly, “The historical oddity, if not uniqueness, of the Iranian revolution can be seen in its four salient features: its unforeseen rapid rise; its wide base of urban support; its vague ideological character; and, above all, its ultimate singular objective, to oust the Shah.”

Furthermore, while the focus of the revolution was primarily about Islam, the revolution was also colored by disdain for the West, distaste for autocracy, and a yearning for religious and cultural identity. Though these are features of many other revolutions, the Iranian one was particularly unprecedented in the suddenness and rapidity of its occurrence, as well as the sheer amount of mass popular support it gained. Much of the world, including the U.S. and its Western allies, were initially caught off guard by the sudden occurrence and unanticipated strength of the revolution.

The Islamic Revolution That Reshaped the Middle East explores the events leading up to the Iranian Revolution, as well as the political, economic, social, and religious characteristics of Iran before 1979. It also looks at the revolution and the lasting influence it has had both domestically and globally.