In this controversial book (manifesto), the Libyan thinker and linguist Dr. Abdel Moneim Mahjoub addresses thorny issues about the theology of Islam. 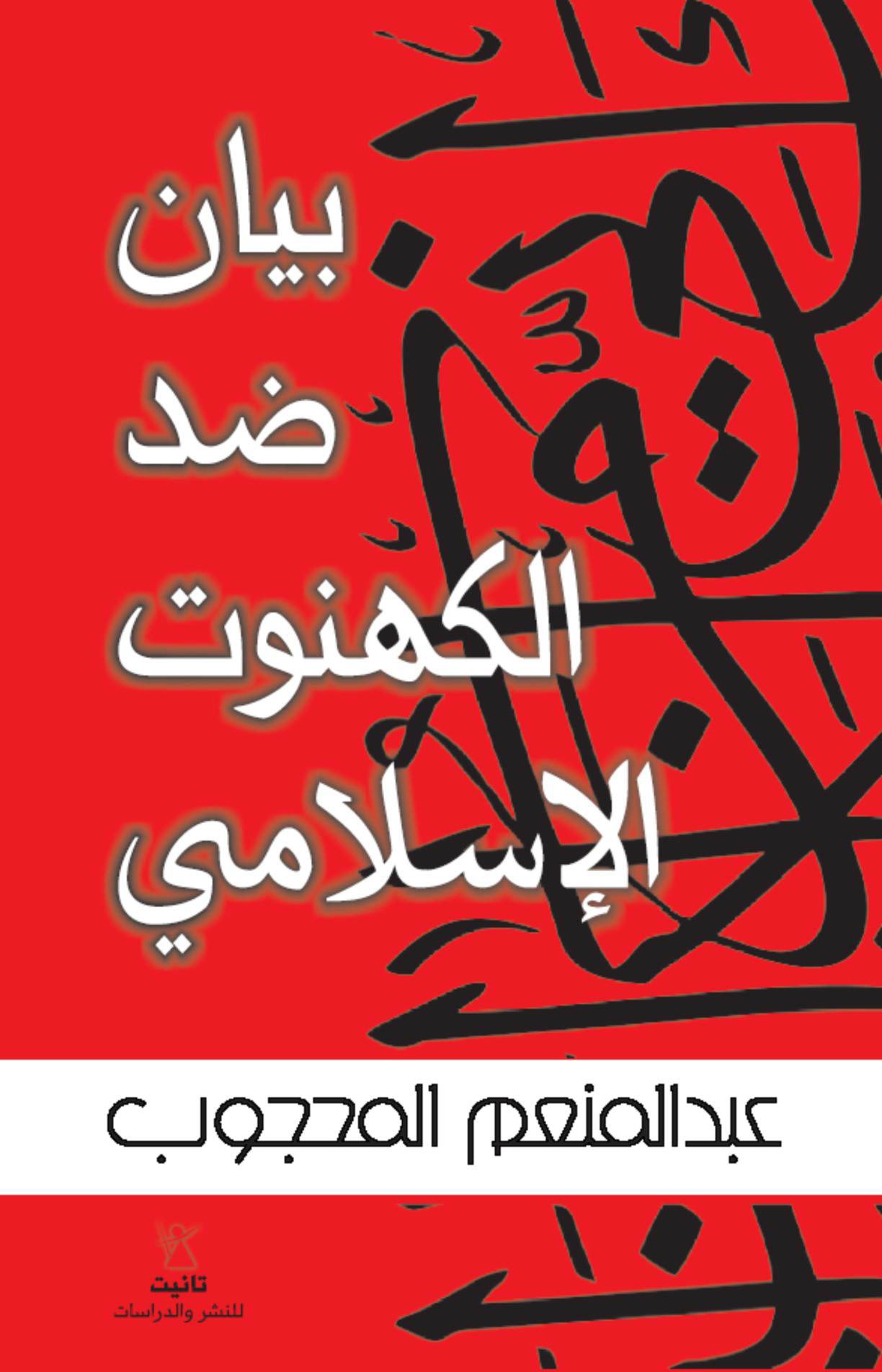 Dr. Mahjoub employs both historical and epistemological methodology to explore the dilemma of flawed Islamic theology. His approach calls into question the validity of using sacred texts of Islam as the sole foundation for Islamic religion, faith and belief.  In corroborating his conclusions, he points to the compromises and historical developments that have caused beliefs to diverge over vast geographical areas.

Dr. Mahjoub insists that the right way to study and understand Islam is from a critical perspective. In contrast, since the sixth century, theologians have taken for granted that Islam is God’s literal message through his Prophet Mohammed for the whole world.

Rarely has criticism entered into Islamic ideas, regardless of the attempts by many schools of thought to interpret Islamic philosophy as derived from Greek philosophy and theology (logos). Indeed, traditional theology has wavered between rationally interpreting Islam and vehemently rejecting it. Later on, this would have a crucial impact in shaping the prevailing view of Islam in theory and practice.

The entire manifesto is written chiefly from a single interpretation, which is confusing because the manifesto is neither a rhetorical statement nor a light study paper on its subject. So what is it?

The book divides its topic into fifteen parts of long prose pieces.  The word “manifesto” in the title is a little confusing because it evokes the sense of a political discourse akin to some de facto institution like a political party rather than the logos of critical epistemology. However, this approach seems justified by the author’s methodical undermining of the stockpile of theology about the Islamic heritage.

The critique of orthodox Islam is a juxtaposition of modernism and traditionalism. In terms of historical evaluation, it is derived from some oriental approaches that unearthed different trajectories of thought from Islamic history. In the beginning of the 20th century, the conflict between fundamentalists and liberals within Arabic and Islamic intellectuals erupted into what has been called the Arabic Renaissance. However, the manifesto, by labeling as orthodox the conventional interpretation of Islam, thrusts the study of Islam as religion and belief into the realm of comparative religions.

To be sure, the term orthodoxy is multifaceted. It originated in Christianity yet is used by many different religions. The author argues that by orthodox Islam he means the stagnant traditions that persist in Islam as a Semitic religion in a socio-historical Arab context.

Islam, the author concludes, is the authentic reference point in the Arabic world view, while orthodox Islam includes the unthinkable part, the core meta-history of faith.  That’s why he has abandoned Islamic theology, which he considers to be a loosely woven and insignificant concept. In addition, orthodox Islam shares the blame for spreading the radical and violent Islamic movements, which fought fiercely the more tolerant reform attempts throughout Islamic history. It also shares the blame for empowering its followers with unshakable and provocative discourse.

Dr. Mahjoub defines his terms, which is crucial, because he means something very specific when he says “Orthodox Islam.” As a linguist, he clings fiercely to his use of analytical terms and the articulation of their inner mechanisms through language. This is proven in his tour de force work, “Pre-existence of Language,” a book that placed his research among the most advanced discoveries in the realm of languages, particularly the family of Semitic languages. In common practice, language has played a crucial role in Islamic theological debates.

The sacred mission of the Quran was completed once Allah revealed its last verse to his messenger. From that point on, nothing beyond the Quran’s authoritative text could be taken as fact.

Arab efforts to interpret the Quran evolved into rhetorical praising, which led to a singular way of reading and thinking about the Quran. Thus, approaching the sacred text (Quran) by any other critical, semiological, anthropological or literary methodology became impossible.

Dr. Mahjoub asserts that the Muslims had no documented authority for their beliefs, so they adopted the Quranas Islam’s total discourse. Moreover, the Quran has become a metric by which all knowledge and science are judged, measured and valued. It is considered to be a system of life. To many scholars and political leaders, Islam is no longer just a religion, but a political model for governing state and life.

Likewise, other secular and Muslim scholars, often referred to by the author, tried to figure out what traditional Islamic theology uneasily shared wither form efforts led by both moderate Muslim scholars and free thinkers. To this end, Dr. Mahjoub revisited the era of the Abbasid Caliphate. Now ended, this was the formative cultural period when a massive drive in science and translation was injected into Islamic thought. Since then, clerics and authoritarian absolute rulers of the Islamic World have established a new alliance. This alliance is a version of the political decree still imposed in this modern era. It depicts the relation between rulers and their Muslim subjects.

In his long manifesto, Dr. Mahjoub tries to identify the genesis of Islamic thought within the context of philosophical and epistemological criticism. It is a compelling study based on a highly intellectual interpretation of the hidden mechanism rooted in the heritage of Islamic theology.