In 2010, Rasoul Houreyeh by Ostaz Samm was chosen by the Arabic Voice Project to represent Jordanian and Arabic hip hop. At the same time Ahmed Yaseen aka Satti started to perform as a hip hop artist… 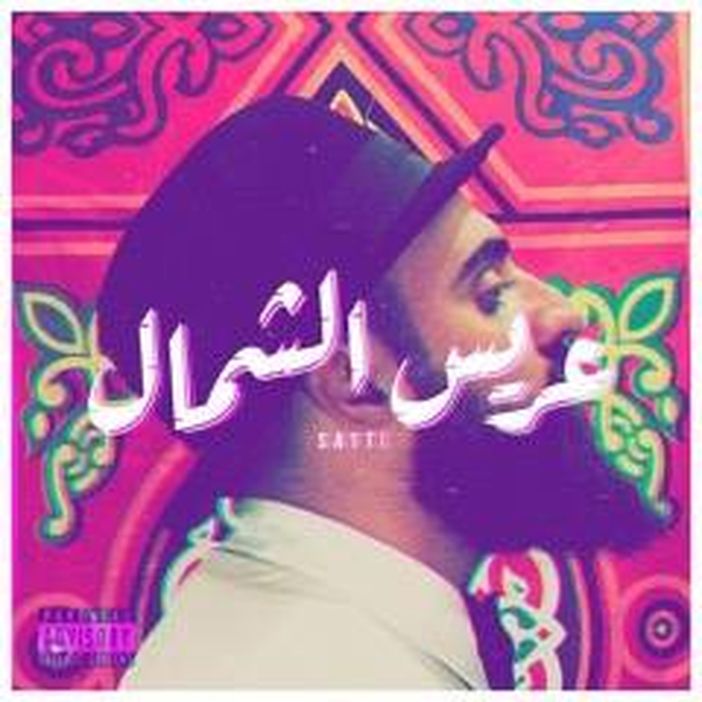 Seven years have passed since Ostaz Samm was chosen by the AVP. Now Satti has released his debut album Aress El Shamal. How does the hip hop scene in Amman look like now?

While hip hop is often associated with the political dimension, artists like Ahmed Yaseen don’t want to be solely represented as a “political artist”. Defining what he does, Yaseen says: “I want to be an artist first, it is a sea of ideas; and being a political artist is limiting me in creating more ideas. I love hip hop for the sake of hip hop, for the sake of music, not because I want to join any wave.”

The name of the album is actually a wordplay taken from the city’s name Irbid which is called “Bride of the North”, his album is called The Groom of the North.

Born in Kuwait, Satti grew up in Jordan and is fully integrated into the local hip hop scene.

It has now been over two decades since the hip hop movement started in the region – and even though many artists are not internationally known in the region, they are the lifeblood of the region’s hip hop scene. They are collaborating with each other, organizing live acts together and support the scene through their work.

“I think the hip hop scene in the region started around eighteen years ago”, says Yaseen while thinking about the beginning of hip hop in Jordan. Ahmed Yaseen has recently released his debut album – which was met with a lot of obstacles and difficulties, but after years in the making, the debut album was finally released. Aress El Shamal (The Groom of the North) was released by Immortal Entertainment last month, helping to keep the scene in motion without becoming repetitive. Aress El Shamal consists of 19 Tracks, and involves many famous hip hop artists from Jordan and the region such as Damar and She’rab & Smokable and El-Far3i. Yaseen always wanted to do hip hop. While he is working as an assistant director – hip hop is what he wants to do.

The album Aress el Shamal is a transition for Satti, a transition not only leaving Irbid and coming to Amman – but the desire of leaving the country without actually leaving it. Satti doesn’t want to be characterized as a political artist. “First and foremost I am an artist. In my first version of the album I had too many songs that were political, and I did not want to be confined into categories”, says Satti. “When I started, I started to talk about politics. I did a lot of political tracks, and I spoke about everything. But at one point, I didn’t want to sound like a news anchor.”

Hip Hop has been used in recent years – especially since the emergence of the Arab Spring movement – as a voice for the unheard voices, because with hip hop you don’t need expensive instruments and tools to do it.

The only thing you need is your voice in order to express your thoughts and expressions. Despite the many artists in different genres and various countries, hip hop is still the genre that excels through the use of the social media and other tools that help these artists to spread their words and lyrics. Since it’s emergence there are countless hip hop artists using this genre for a critical reflection of their own social and political context. While there are many hip hop artists that use their voice to express political discontents of their region, there are artists like Satti, who don’t want to be categorized solely as a political artist. He criticizes those artists who use hip hop without knowledge. “Knowledge is the most important aspect in the genre. You can’t perform hip hop if you don’t have knowledge”, says Satti. Furthermore, he says: “I always say this, there is always a huge lack of knowledge. To me, knowledge is an important aspect of the culture. If you don’t have knowledge you can’t do hip hop. I am hip hop, the way I think, speak, dress.” His lyrics are emphasizing how he sees the environment around him. While this album is about personal issues, which the whole generation share with minor differences, he doesn’t refrain from criticism of political issues.

Aress el Shamal is a manifest for this genre in Jordan, while the songs which address a variety of issues are not only relevant for Jordan but for the whole region. The first song Blue is produced by long time actors in the scene – first Damar, aka Osama Abbas, who is an indie hip hop artist from Amman and like Satti he is affiliated with the Immortal Productions studio.

The other artist Buu Kulthum is a Syrian MC. Talking about what is on his mind, in the refrain he addresses the grooms of the north. One song HoonWoonis produced by El-Far3i, who, while being of Palestinian origin, is currently active in Amman. In an interview with Cairo Scene this year, he said: “To me it’s natural to talk about what is going on but I try not to be labeled as the ‘revolutionary artist’ just because I am Palestinian of origin. I am not an activist; I am a rapper.”

Mideast Tunes is currently listing 17 results which are attributed to the hip hop scene in Jordan. For example, there is Emsallam – Msallam which recently released The Last Step and it’s Emsallam’s 2nd LP. One song is named after historian Edward Said featuring The Synaptik who is another rising MC in Amman and became known with his debut “The Genesis EP”. Then there is Torabyeh, who is an alternative hip hop group based in Amman. Torabyeh says that “the group is committed to pioneering a much needed art revolution in Amman. They communicate their messages of revolt through text, sound and image.”

While Satti’s Aress El Shamal is a story about his transition and the desire to leave the country, the song Bedi Asafer is essential and an important track of the album, in which he talks about wanting to leave the country. Aress El Shamal is an important contribution to the hip hop genre in the region and is a deep analysis of Satti’s view on how he understands the society, and the issues surrounding the society.

Even though the hip hop scene may still be a small community in Amman and even more so in Irbid, these artists which are emerging in recent years are helping to create a sustainable environment for the hip hop scene in the country. With releases such as Aress El Shamal and other MCs, the scene is moving towards a future which is full of hope and surprises.

Thus, since Ostaz Samm represented Jordan with his hip song in 2010, much has changed and many young Jordanian artists realized that it is possible to do hip hop in the region.